The oldest sediments (Barremian to earliest Cenomanian age, ~120-98 Ma) identified in the coastal plain are assigned to the Potomac Formation. Most of the Potomac Formation sands are interpreted to represent a variety of riverine environments including anastomosed rivers in an upper delta plain (Sugarman et al., 2004), meandering and braided rivers. Some of the Potomac sediments may have been deposited in nearshore environments. Fine-to-coarse quartz sand that is locally lignitic and micaceous is generally interpreted to represent channel sands. However, a few thick sand bodies (generally 15-30 m; representing a small percentage of the total thickness of the Potomac) appear to be regional and could represent nearshore marginal-marine or delta-front environments. These sands lack the carbonate fossils (mollusks and foraminifers) that would be expected in a marine environment, but they also contain little evidence of channels in the form of fining upward successions that might be expected of a fluvial environment. In addition to river deposits, the Potomac is well know for its floodplain deposits including its deeply weathered and very colorful clay/silt paleosols. 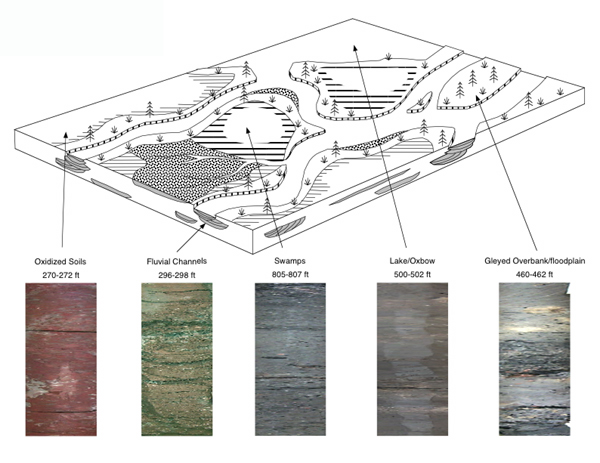 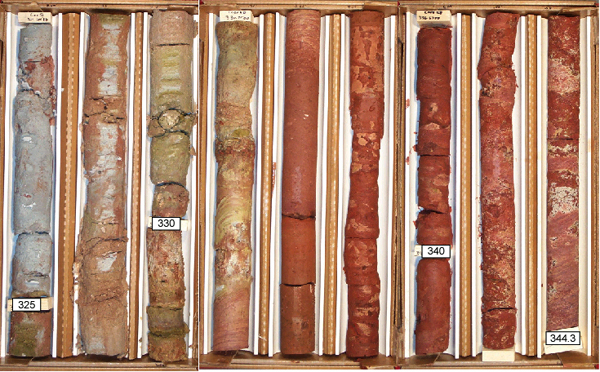