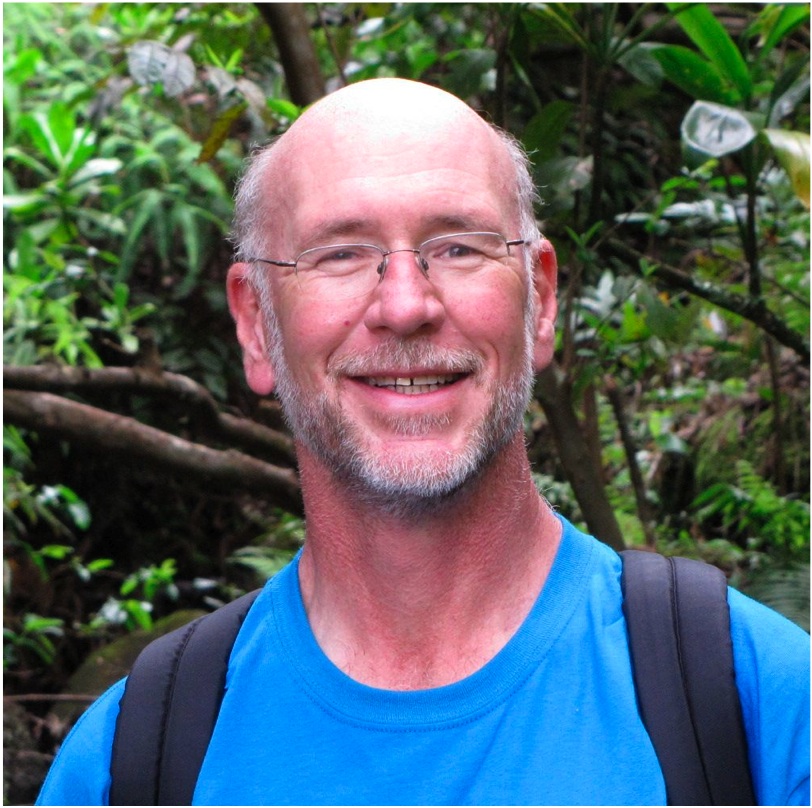 I have been working in East Africa and the Levant for over thirty years.  My main interest is in the reconstruction of ancient environments, and tracing their changes over time.  In order to integrate the diverse array of environmental proxies, I spend a large proportion of my time worrying about stratigraphic frameworks, chronology, and sedimentary facies.

My research career in East Africa began in 1981 with work at Koobi Fora, initially under the supervision of Carl Vondra, and later working closely with Frank Brown.  When Harry Merrick started up the Koobi Fora Field School in 1985, I was fortunate to be able to begin to mesh my research with teaching, and that collaboration stretched to a 12-year stint.  In the 1990s I worked closely with Meave Leakey, first at Lothagam and subsequently at Kanapoi.  The association has continued, through a variety of localities and back to Koobi Fora.   I also joined Hélène Roche's West Turkana Archaeological Project in 1994, another long-term research relationship that continues to the present.  My integration of research with teaching has come full circle with the Turkana Basin Institute's establishment of a new field school, for which I was able to develop a course on the Geology of the Turkana Basin.  My teaching at TBI is highlighted in a series of student blogs, which can be found in postings from 2011-18 here.

link to my EPS webpage 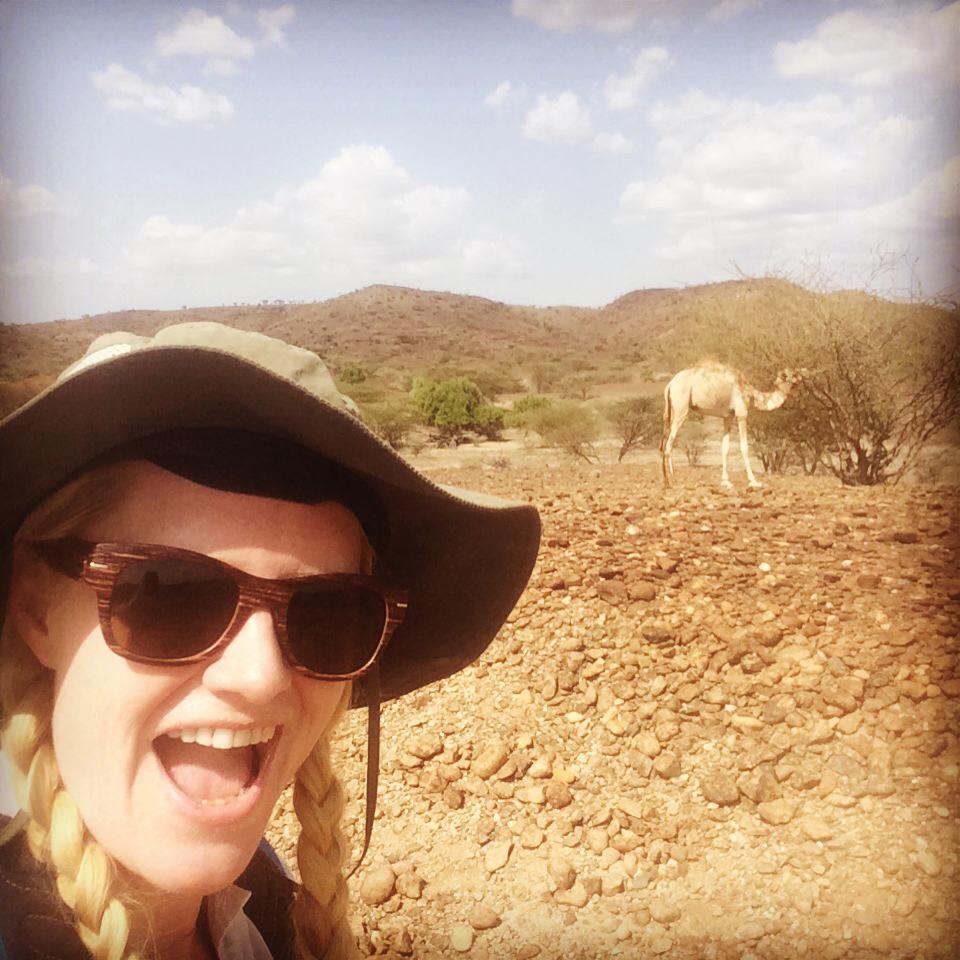 Melissa completed two BS degrees at Rutgers, first in Geology and then in Evolutionary Anthropology.  She joined the lab in 2013, and spent the summer of 2014 at Kanapoi.  In 2015, she began her MS research in West Turkana, investigating the stratigraphy and sedimentary environments of the Lomekwi drainage in association with the West Turkana Archaeological Project.  Her research will integrate tephra and facies analysis to beter understand the context of the LOM3 archaeological site, Kenyanthropus platyops, and other significant finds at Lomekwi.

link to my EPS webpage 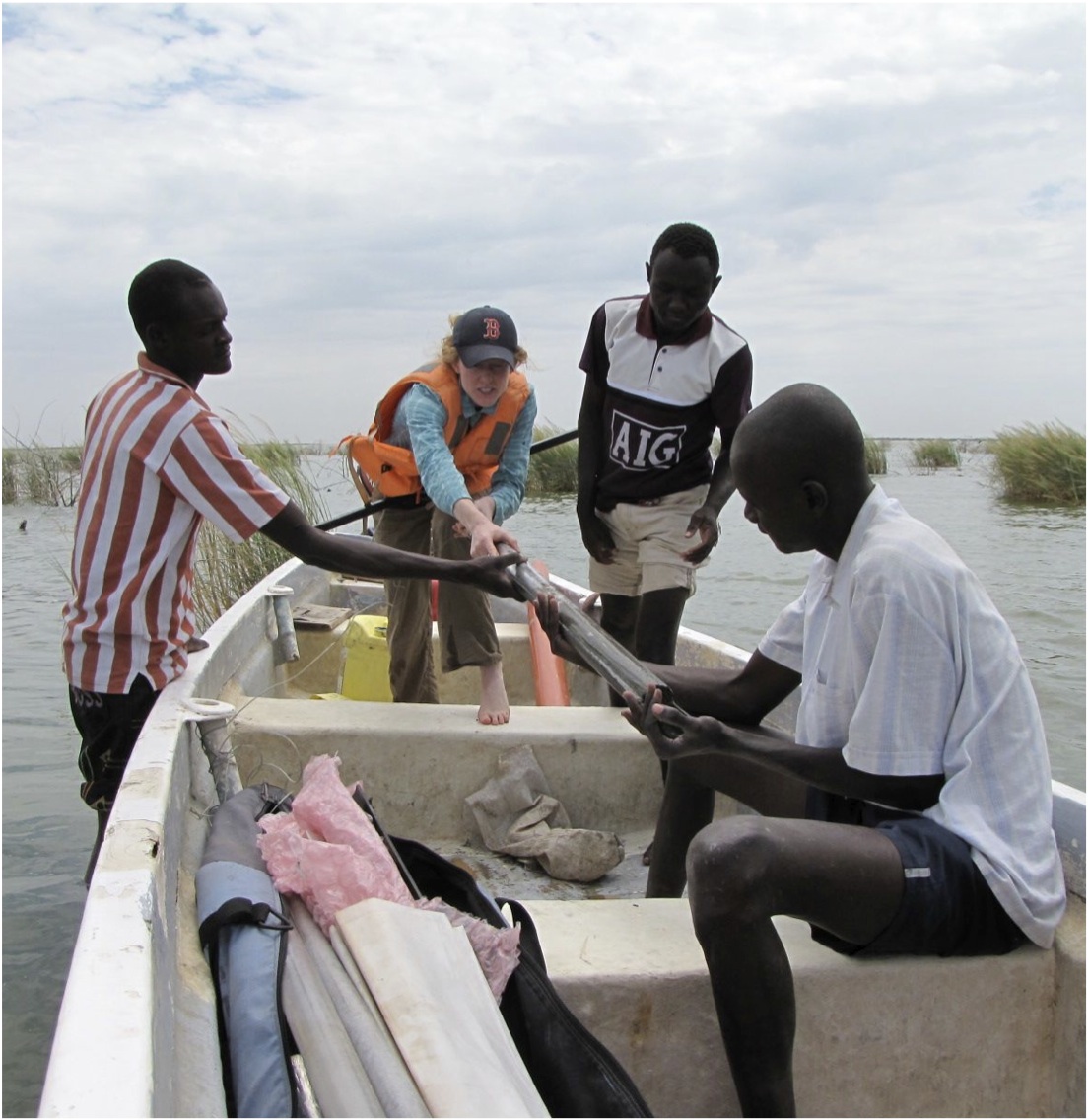 Cat is a sedimentologist interested in laminites, varve formation, and the climatic implications of layered sediments.

Her research began with studies of classic varves in the glacial Lake Hitchcock deposits under Jack Ridge.  She joined the lab in 2009, and conducted research cruises on Lake Turkana in 2011-13.  Her MS thesis work focused on sedimentary patterns in small deltas in the north basin of the lake.  Her PhD research   integrated fine-grained sedimentation, laminites and ostracods from Ferguson's Gulf, Kabua Gorge, and WTK13 a time-series of environmental records and lake evolution.

This email address is being protected from spambots. You need JavaScript enabled to view it. 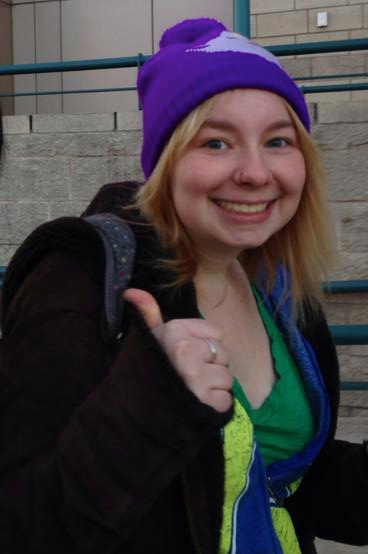 Anna joined the lab in 2013 to study fossil ostracods.  She completed an Honors Thesis in Geology investigating taxonomy and ecology of fossil ostracods from the Turkana Basin WTK13 core.  She participated in the ICD Sampling Party for the Kaitio core in November 2013, and was responsible for processing and analysis of our 550+ sediment samples for ostracods, fish and charcoal.

Anna joined the Department of Geosciences at the University of Arizona in Fall 2015 as a PhD student. 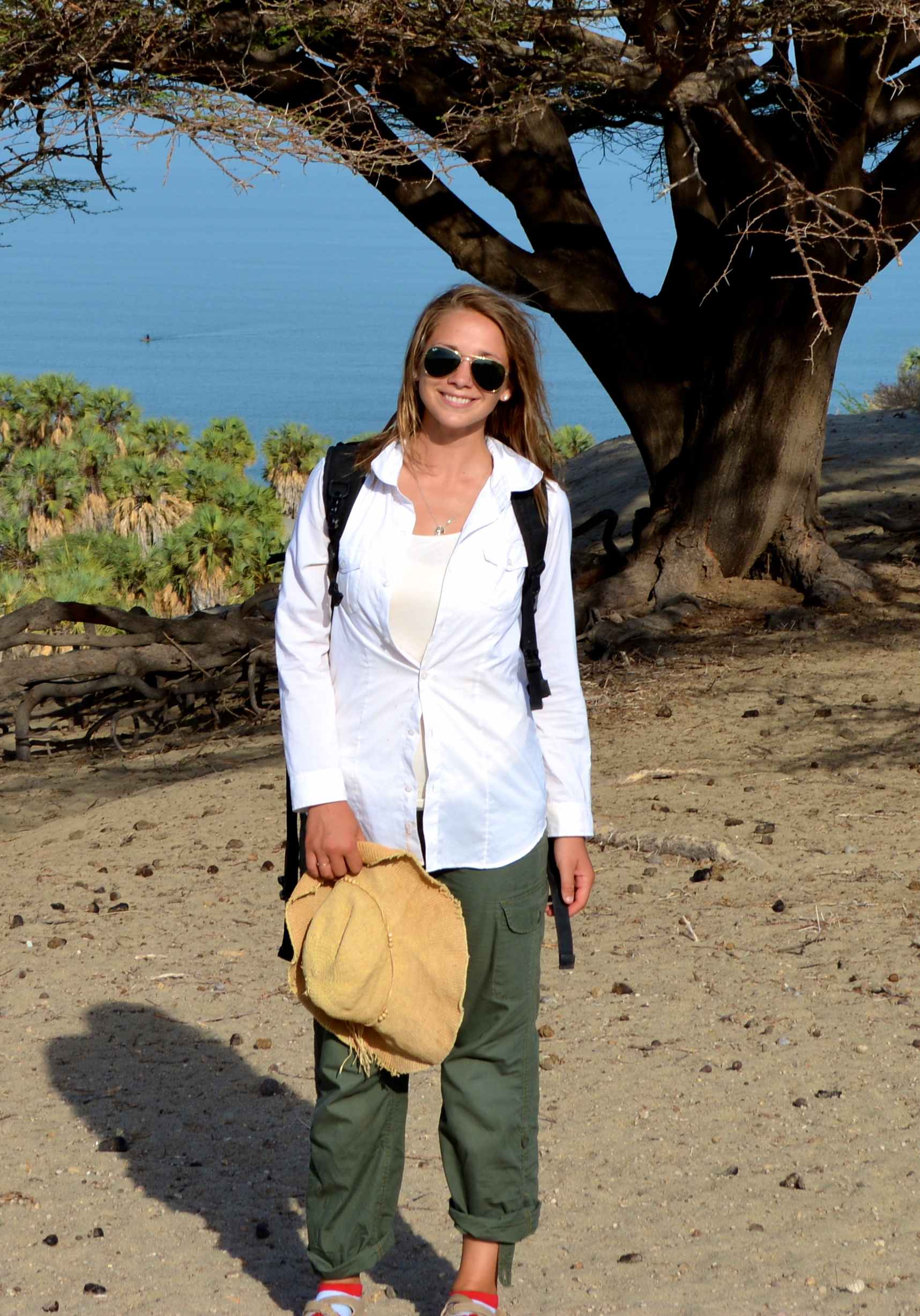 Robyn came to the lab to work on a lithostratigraphic synthesis of the Kaitio core data, and produced the first graphic section.  She also pursued the hunt for cryptotephra in our sample splits, based on correlations with outcrop information and microscopic study of smear slides. 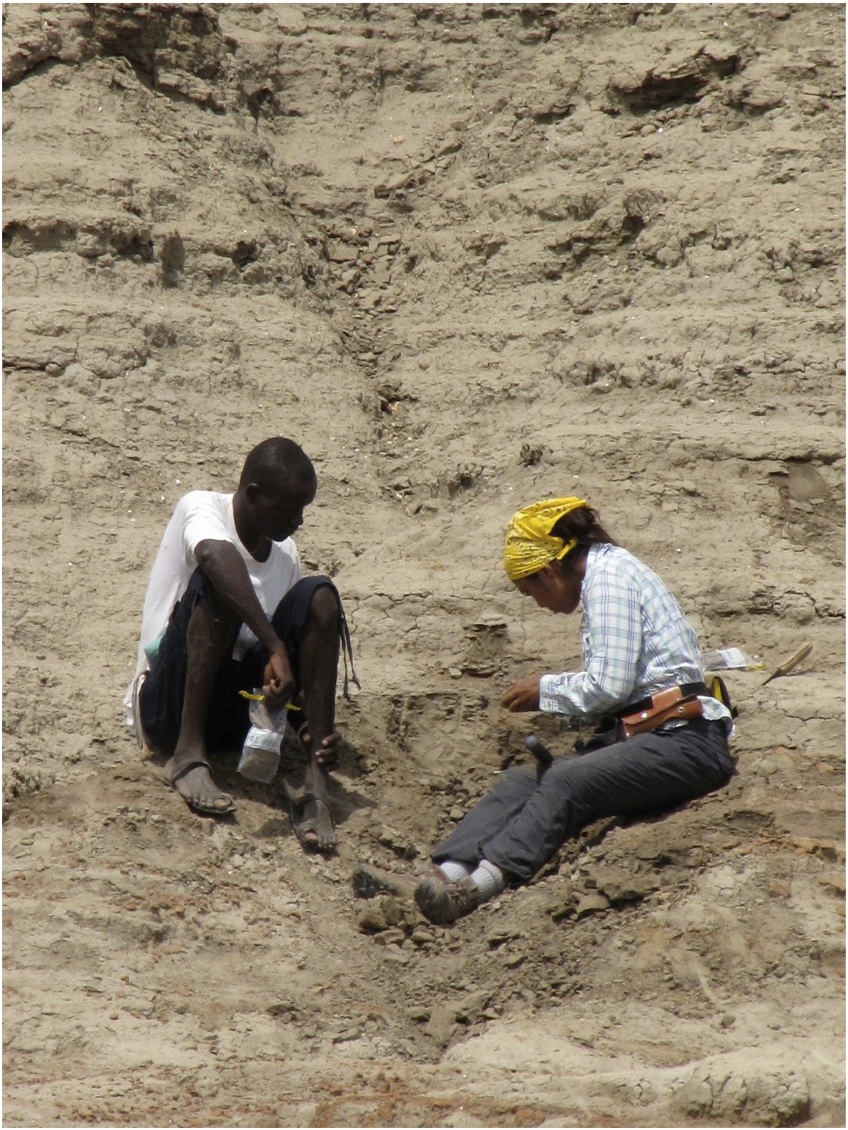 Linda is a stratigrapher/sedimentologist working on the sedimentary sequence exposed north of the Turkwel River along the west side of Lake Turkana.  Utilizing a combination of mapping, stratigraphy and facies analysis, she is focusing on the Late Pleistocene and Holocene evolution of the lake margin, including the enigmatic fossil locality of Lobolo.
Linda is currently completing a PhD in the Department of Geosciences at Stony Brook University, and is the Field Director for the Turkana Basin Institute's Field School programs.
link to Linda's webpage 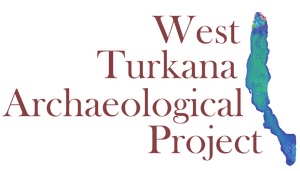 A daily posting of the MODIS satellite imagery covering the Turkana Basin is available from the NASA website here ( http://lance-modis.eosdis.nasa.gov/imagery/subsets/?project=fas&subset=NAfrica_3_07)
the true-color Terra image at 250 m resolution is a 6.9 Mb file, but very useful. Jon Lacarrubba wrote an Automator workflow that crops this to our area of interest and is adaptable (available on request).