Geology of the Newark Rift Basin

Below: Formation of normal faults. Experimental models allow us to determine how faults may form. (a) The initial geometry is shown in cross-section view (side view). At the base of the model are two partially overlapping rigid sheets overlain by silicone polymer (orange). As the mobile plate moves away from the fixed plate, the polymer stretches and thins, which also stretches and thins the overlying layers of wet clay, forming normal faults.  Similarly, as the crust is stretched during rifting, normal faults form.  (b&c) Photos of the top surface of clay after 1.5 cm and 3.0 cm of displacement of the mobile plate, respectively. Bright faults are inclined toward light source (yellow circle); dark faults are inclined away from light source. (d) Cross section of the model after 3 cm of displacement. Note the thinning of clay at center of model (dashed line gives original top of the clay). Red arrows indicate horizontal extension direction; blue arrows indicate vertical shortening direction. Modified from Withjack et al. (2004) and Schreurs et al. (2006). 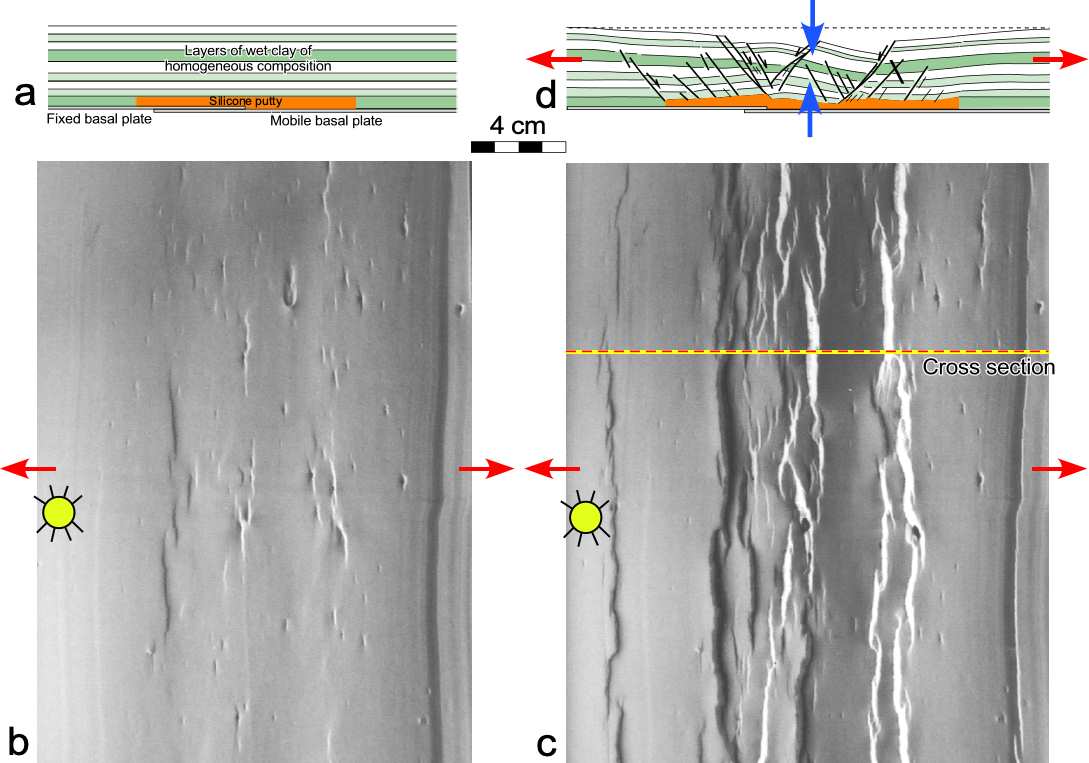