Why Do Wind Farms Care About Sticky South Jersey Mud? 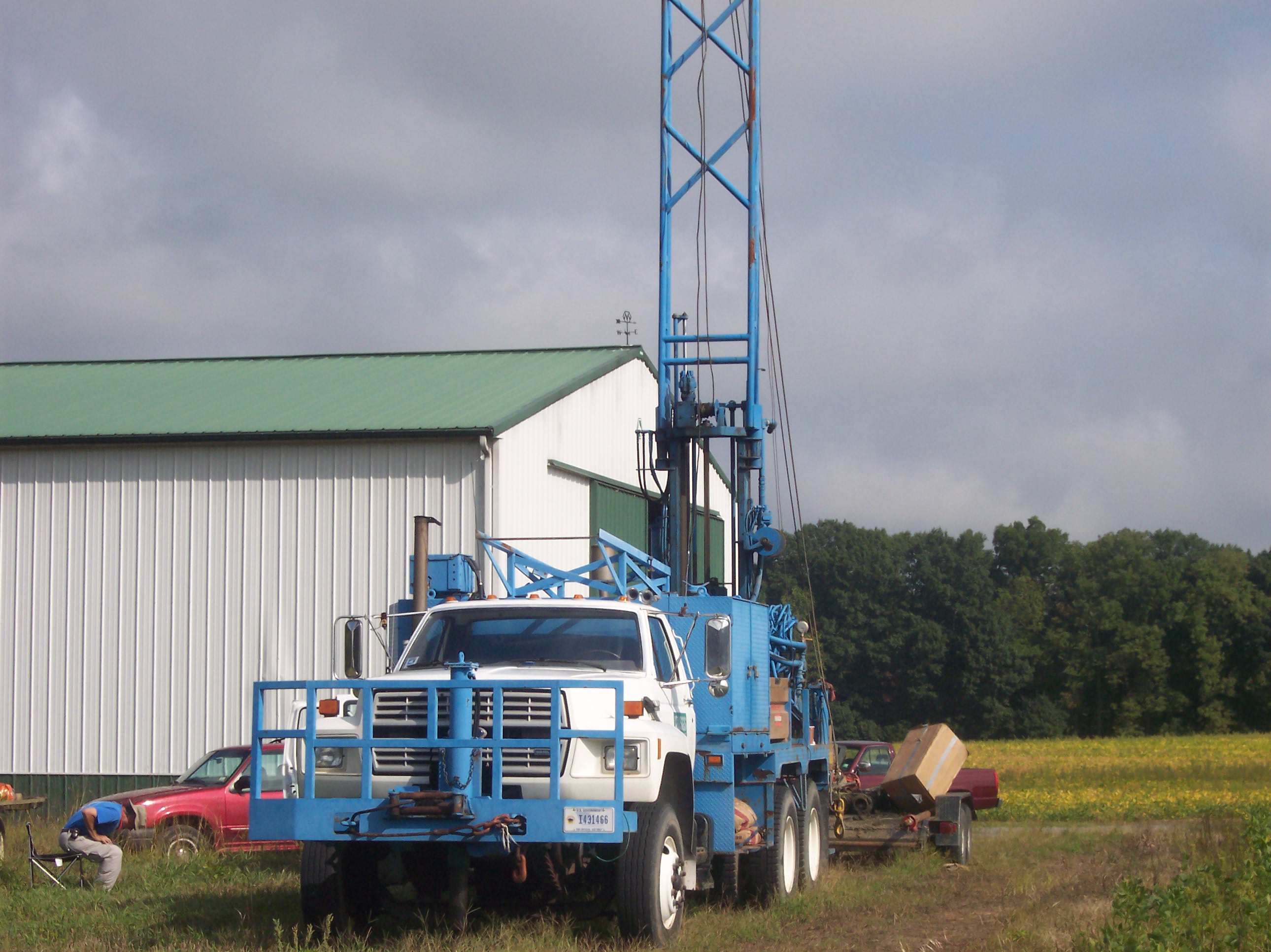 Driving through fertile farmlands of South Jersey adjacent to the nutrient poor soils of the Pine Barrens reminds geologists of the importance of the underlying geology.  Glauconite is a green potassium iron phyllosilicate mineral familiar to most New Jersey geologists because it provides fertile farmlands in the “marls” of the coastal plain.  The Cretaceous-Paleogene outcrop (i.e., the geologic boundary marking the end of the Mesozoic and the large extinction event that killed the dinosaurs) paralleling the NJ Turnpike is rich in glauconite, whereas the beachy sands of the Kirkwood-Cohansey Formations found in the Pine Barrens are rich in quartz.  Since the time of Lyell, geologists recognized that these New Jersey glauconite layers were deposited during intervals of sea-level rise in continental shelf environments.  These glauconite deposits are not only found onshore in New Jersey, but are also buried offshore beneath the modern continental shelf.

Not only are glauconite deposits important in soil and sea-level studies, but they have also become an important 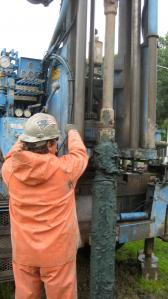 obstacle in engineering.  Engineers installing offshore wind farms within these deep continental shelf geologic layers are finding that the unusual properties of this mineral pose unique geotechnical challenges. Specifically, glauconite grains tend to easily shatter into gummy, thick, sticky muds when disturbed by drilling or installing foundations due to its crushability.  To address these challenges, a team of Rutgers scientists led by Rutgers Professor Ken Miller together with University of Massachusetts Professors Zack Westgate (University of Massachusetts Amherst) and Ryan Beemer (University of Massachusetts Dartmouth), as well as Haley & Aldrich Geotechnical Consulting, were contracted by a Joint Industry Partnership led by the Norwegian Geotechnical Institute through support from with two major offshore energy developers to locate sites to study the geotechnical properties of glauconite.

After an extensive hunt, the Search Farm in Upper Freehold Township was identified as an ideal location for tests.  The site, owned by William (Bill) Search, is adjacent to the “Contact Creek” and Crosswicks Creek outcrops first recognized by Dick Olsson in 1960, as 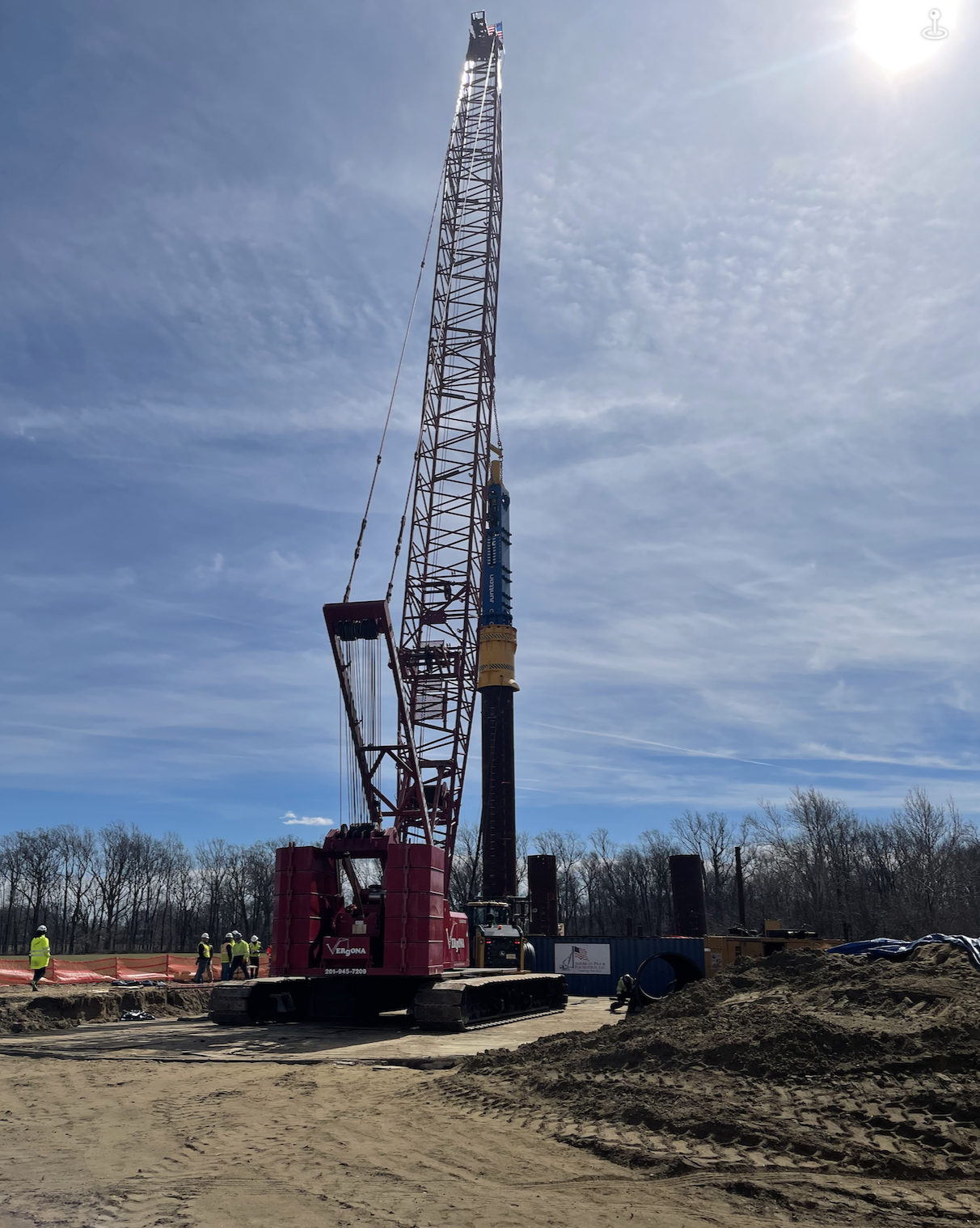 containing the contact between the Cretaceous (K) and Paleogene (Pg) and a major mass extinction, the K/Pg boundary.  Drilling on the Search Farm in 2009 to study the K/Pg boundary showed that this site has a ~50 ft thick layer of glauconite sands comprising the Paleocene Hornerstown Formation overlying the Maastrichtian Navesink “greensands”. Both deposited on the middle continental shelf during a rise in sea level that inundated this area, and a world-class K/Pg boundary. Mr. Search agreed to lend his farm to the cause of science again in 2022.

From February to April, engineering studies were conducted on the greensands to evaluate their geotechnical properties.  Work is still ongoing, but the knowledge obtained from these studies will inform future efforts to establish offshore wind farms. When asked about the significance of this project, Dr. Westgate stated “This project represents the first major joint industry field scale research effort in the US related to pile foundations for offshore wind.  The amount of instrumentation deployed and data being collected for various aspects of pile foundation installation and performance will provide a solid basis for assessing the impact of glauconitic sands on East Coast developments.”