*This article was first published by the Institute of Earth, Ocean, and Atmospheric Sciences on March 22, 2022.

As the first and oldest museum in America dedicated to geology, the Rutgers Geology Museum plays a vital role in the education of Rutgers University and local K-12 students and New Jersey residents. 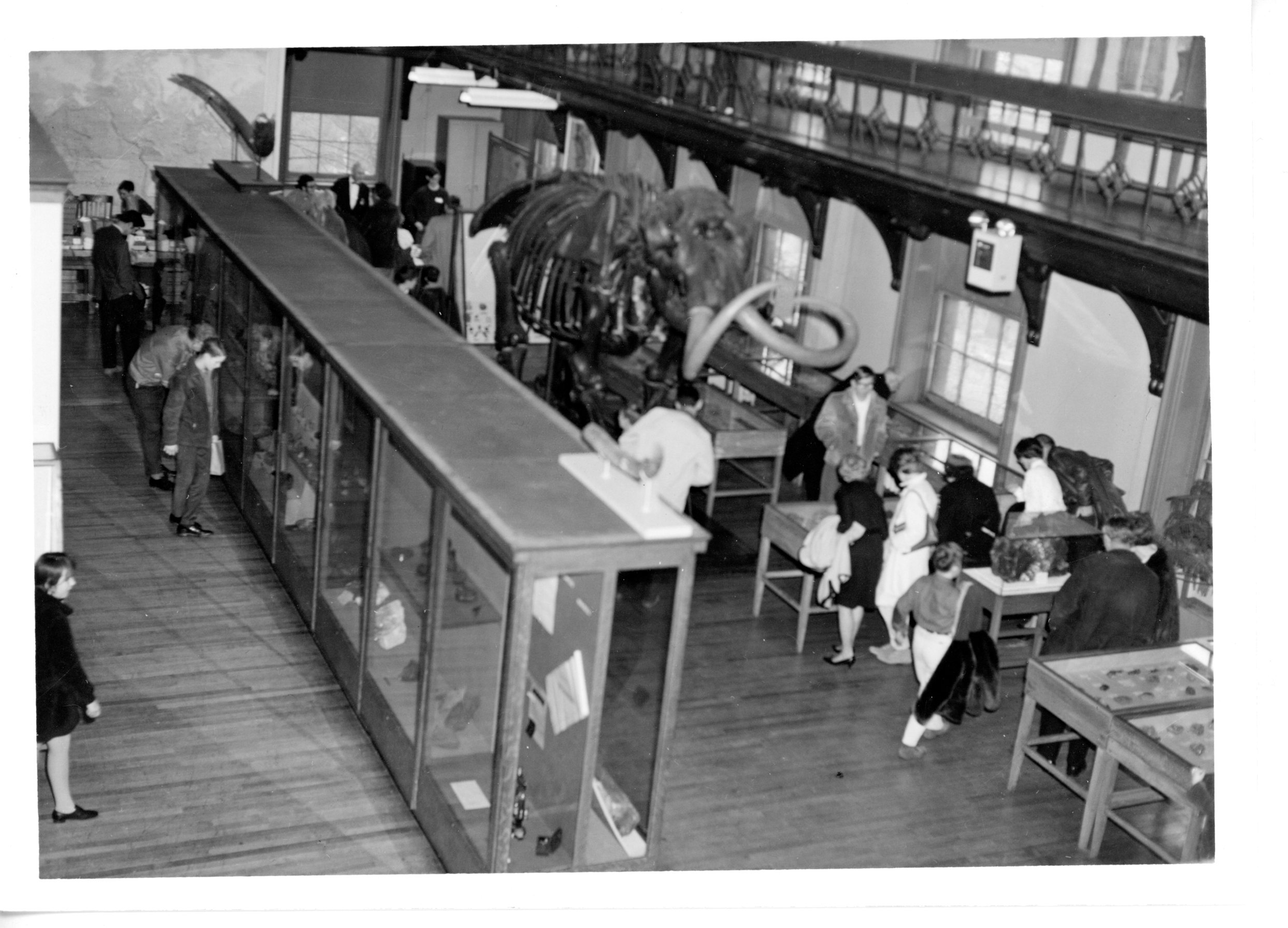 From exhibits featuring rare New Jersey minerals dating back to the early-1800s, to the legendary Ice Age Mastodon skeleton that was discovered in Mannington, New Jersey, and the recently restored giant spider crab specimen, a gift from Japan to Rutgers a century ago, the Rutgers Geology Museum has long been one of Rutgers University-New Brunswick’s greatest treasures and assets.

Founded 150 years ago by George Hammill Cook, who served the university as a professor of chemistry, geology, and agriculture (1853–1889) and vice president (1864–1889), the Rutgers Geology Museum is the first and oldest museum dedicated to geology in America. It is also one of the only geology museums still housed in its original structure.

Today, while the museum is no longer a site of active scientific research, it offers many noteworthy collections and it makes vital contributions to the university and local communities. It supports the university by providing place-based learning opportunities and internships for Rutgers students pursuing degrees across a broad range of subjects, including geology, ecology, evolution, anthropology, history, art history, creative writing, art, American studies, education, and more.

The museum educates the public about topics related to natural history by hosting thousands of K-12 students annually; by serving as a repository of reference material; by disseminating current research; and by providing insight into nineteenth-century scientific education, exploration, and collections. Museum Director Dr. Lauren Neitzke-Adamo said, “we strive to connect with the local K–12 and university communities to inspire the next generation of geoscientists to continue building upon the legacy that the many Rutgers University geologists worked so hard to build.” 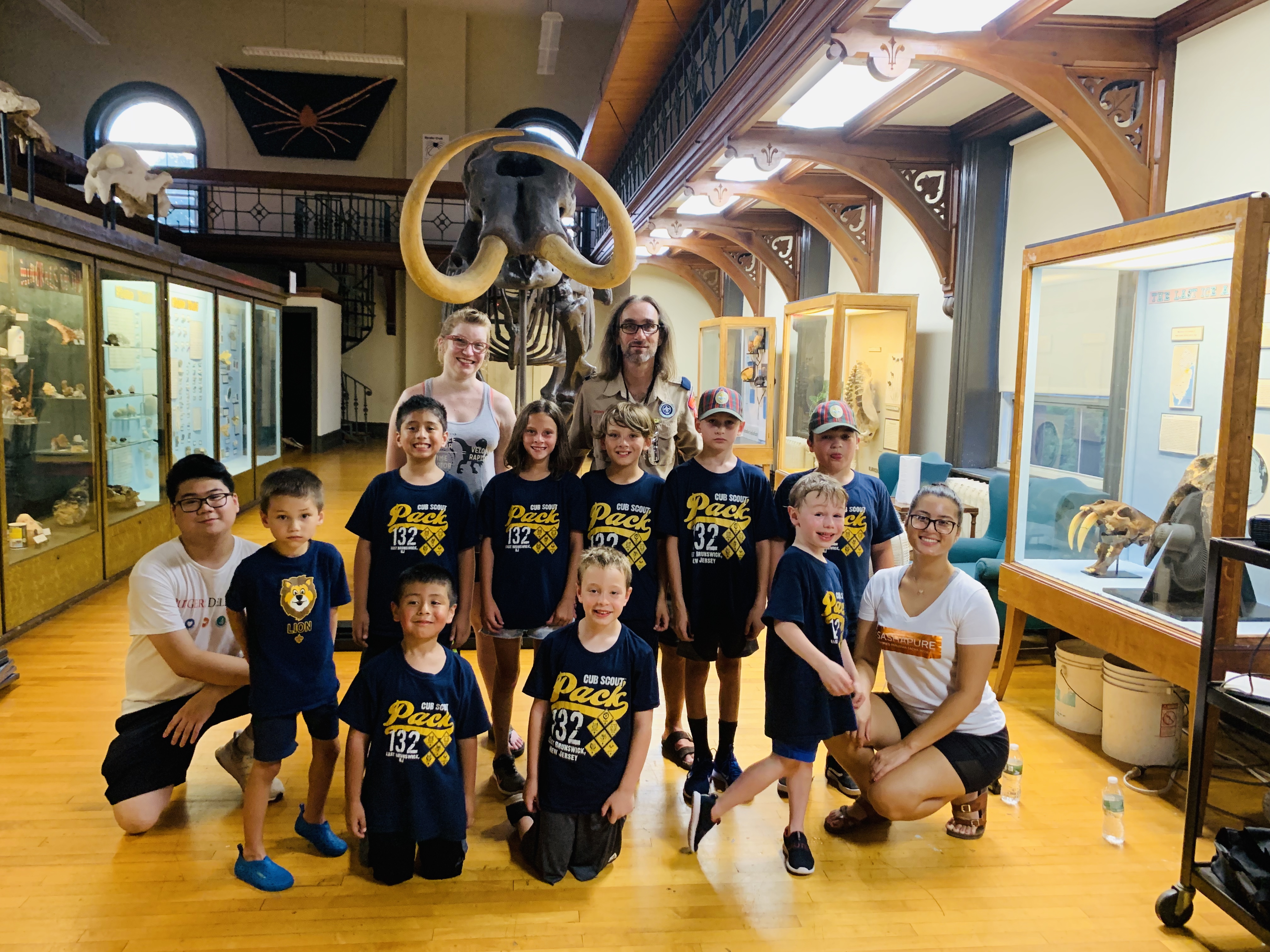 To celebrate its 150th anniversary, the museum held its 54th annual Rutgers Geology Museum Open House in January 2022 (the museum hosted its first open house in 1968). The event offered children’s activities based upon the museum’s most popular exhibits: “Paper plate spider crabs” and “Mummy Madness” and an online version of its well-known and beloved mineral sale (a tradition since 1975). Swag featuring the museum’s anniversary logo was also for sale all year long at the museum gift shop.

The celebration also included four public lectures held virtually, “Curating a Culture of Curiosity: Strategies for Managing a Natural History Museum in the Deep South,” presented by Amy Moe-Hoffman, Instructor of Geology, Mississippi State Museum and curator of the Dunn-Seiler Museum;  “Nineteenth Century Geology and the creation of America’s First Geology Museum” presented by Dr. Lauren Neitzke-Adamo ; “Why Mary Anning Rocks,” presented by Anya Pearson, trustee of the Mary Anning Rocks Project; and  “A Scientific and Architectural History of the Geology Museum” presented by Professor Dr. Carla Yanni of the Rutgers Department of Art History, and Carol McCarty, Rutgers Department of History Researcher. 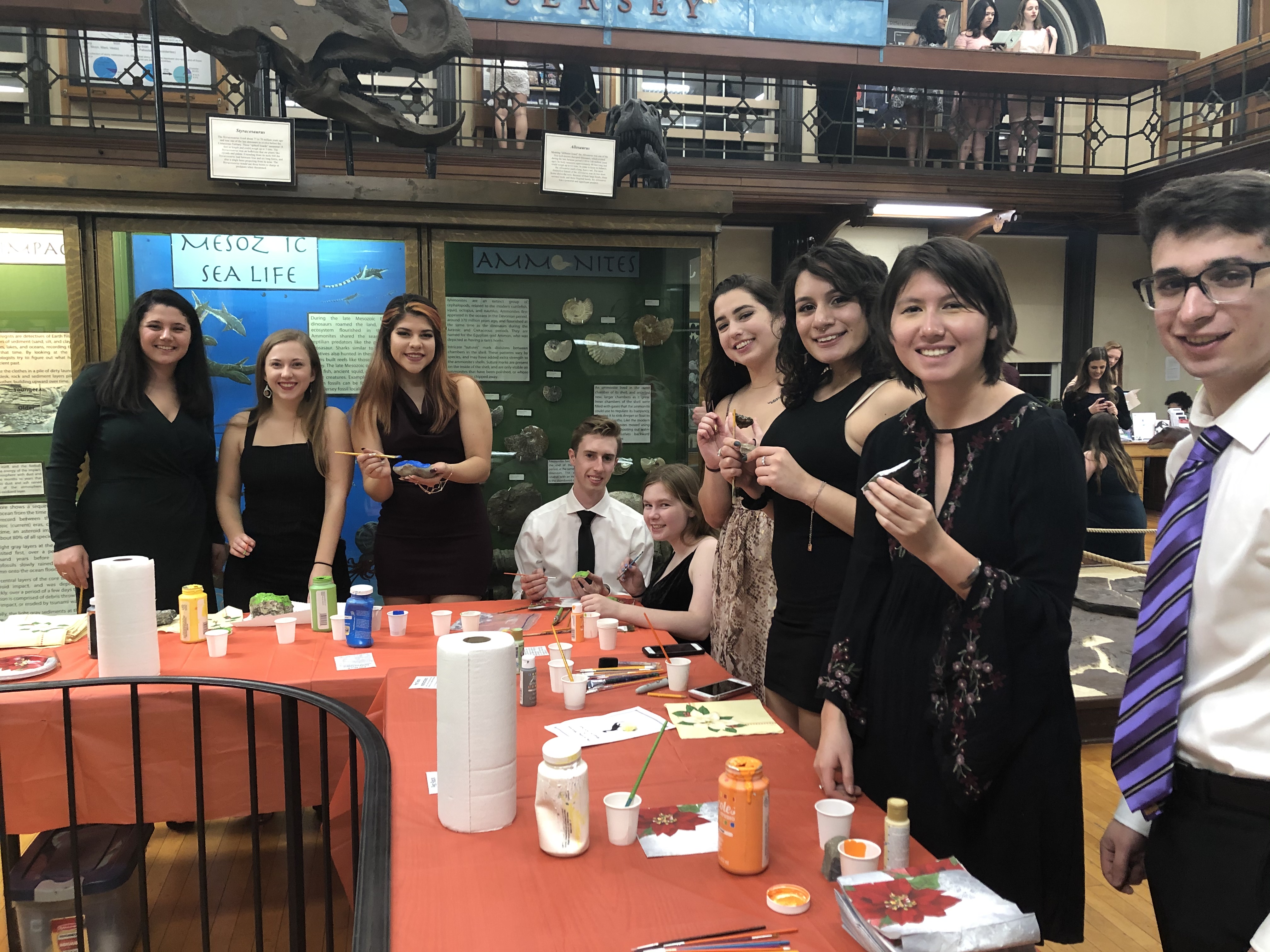 Chronicling the museum’s earliest collections and faculty members, the authors explain that the museum’s first mineral collection – a “cabinet” of minerals — was managed by Dr. Lewis Caleb Beck, who was named Rutgers’ first professor of chemistry and natural science in 1830.

In 1853, Cook replaced Beck, and in 1854, he was named the State Geologist by the New Jersey Geological Survey. He retained this title until his death in 1889.

Acquired around 1899, this massive Spider Crab was on display at the museum until 1985. It was then restored and brought back on display in 2015. Left: Former Curator William Valiant poses with the crab in the early 1900s. Right: The crab on display in 2019 (Photo: Matt Drews)

“As the State Geologist of New Jersey,” Adamo et al wrote, “Cook’s research efforts encouraged the economic development of the clays, soils, iron, zinc, and water supplies throughout the state, and by the end of his career at Rutgers College, Cook had collected and organized more than 4000 mineral and fossil specimens and acquired several other important artifacts, such as a mastodon skeleton from Mannington, New Jersey and several large slabs of Triassic sandstone from Morris County, New Jersey; these sandstone slabs contained footprints from seven different species of ancient reptiles including dinosaur.”

When the first Department of Geology at Rutgers was founded in 1931, the museum became a central focus of geology scholarship in the United States, as well as a major contributor of expertise in the local community. Over the years the museum continued to acquire additional collections, including the significant Rowe collection of florescent minerals which was donated in 1940.

Since the museum expanded its public outreach by hosting its popular annual open houses, it has showcased major scientific discoveries. These include Moon rocks collected in 1969 during the Apollo 11 lunar landing which were exhibited in 1971, and the first public presentation of the rediscovery of the Titanic which was presented by Dr. Robert Ballard of the Woods Hole Oceanographic Institute in 1986.

In the 1990s, the Friends of the Geology Museum was established to create a stronger connection between the museum and its patrons, and in 2015, the museum formed an advisory committee consisting of museum and university staff, undergraduate and graduate students, faculty members, and active museum members. The committee’s aim is to continue to increase the Geology Museum’s educational impact on Rutgers and its surrounding communities.

“Much more time and effort would need to be invested to transform the museum into one of the leading outreach and educational centers in New Jersey; however, the Rutgers Geology Museum remains a treasure within the Rutgers University and New Jersey communities,” Adamo said.

Discover more about the museum, including membership information and upcoming events, on the website.