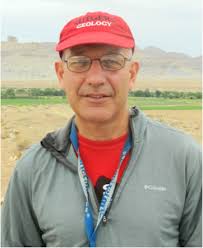 The chair of the Department of Earth and Planetary Sciences, Greg Mountain, announced that Ken Miller (pictured) will join the JOIDES Facility Board the. IODP Facility Boards comprise a mix of scientists and representatives of national agencies that fund the IODP. They determine the effective use of drilling facilities in fulfilling the objectives of the IODP Science Plan. There are 3 Boards in all, governing operations of the JOIDES Resolution (this is the JRFB’s job), the Chikyu and ‘mission specific’ platforms. Each Board receives evaluations of IODP advisory panels about the science, sites, environmental protection and safety concerns of proposed expeditions and sets the expedition schedule at annual meetings. Ken will be 1 of the mandated 3 US scientists on the JRFB. Sea-going ops are currently ‘paused’ but you can be sure Ken will be deeply engaged getting the JR back out to sea asap. When that time comes his new responsibilities will become an especially demanding and important contribution to the continued exploration of the watery part of our planet.